Sönderfall was never much to look at, but as one of the only outposts on the trek between Tveland and the Western Kingdom, travelers came to rely on it for a brief respite from the road. Until a week ago, when rumor reached Schleswig that Sönderfall had vanished overnight.

According to prophecy, Sönderfall's disappearance predicts the arrival of a being from Outside of existence. A creature who seeks to puncture this already-fragile reality. An enemy of HE, an enemy of all life in the dying world. Trapped in a dungeon beneath King Fathmu IX's fortress, you are given one way out: find the missing town, stop this being, and freedom will be yours.

The Cross Stitch is a complete, stand-alone adventure for MÖRK BORG that can be played as a one-shot or part of a campaign. You'll need one GM and one or more players, the MÖRK BORG core rules (now available for free or PWYW at https://jnohr.itch.io/mrk-borg-free), a set of polyhedral dice, and a timer.

For $5, you'll get the 20-page Ashcan Edition of The Cross Stitch, entirely playable but without art or printouts. For $10, you'll get the Full Edition: a 40-page illustrated digital zine, plus a file of printable maps & scraps for the players to discover over the course of the adventure.

For a preview of what this adventure contains, check out our actual play, available in three parts (1, 2, 3).

After a successful Itchfunding campaign, this adventure is now available in print from several online retailers. It can be found as part of the Wicked Wanderers Winter Bundle from The Lost Bay Studio, or individually at Exalted Funeral and L.F. OSR.

MORE FROM FORESIGHT STUDIO
Find me on Twitter (@syzzygyp), or visit my website. Enjoyed this game, and want to chat about it? Join the Foresight Studio discord server.

In order to download this adventure you must purchase it at or above the minimum price of $5 USD. You will get access to the following files:

what does the  ashcan version include?
Or not include?

The ashcan has the complete text of the adventure with minimal layout. It includes: all the tables, timelines, NPC and location descriptions, intro and endings, plus a couple of less detailed maps. So, everything you need to run the scenario! That said, it doesn't include: 99% of the art, a handful of notes, diagrams, and bits of scripture that provide bonus context, the final polished maps, or the file of printable notes & unlabeled maps to give to players. I do also think the full layout makes the timelines easier to navigate. Hope that helps!

How will we be able to access the printed version?

Great question! This is currently only for digital sales, but the print version will be finalized over the next week or two, and should make its way to several online retailers in November (exactly which ones to be announced soon).

Played it two times, ran it once - will never not play it again! Every run through is different, so much to explore, so many possible outcomes - great sandbox adventure to pick up again and again and again...

Beautifully laid out, horrifyingly haunting. Gave me goosebumps. Give this a try and let your players experience an extra-dimensional crisis.

This adventure really fulfills the Midsommar vibes I've been waiting for at the table! Full of content and amazing atmospheric horror, don't miss out on getting this! 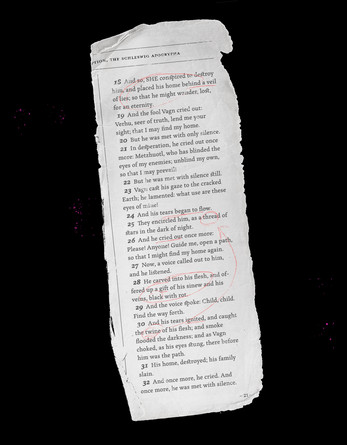 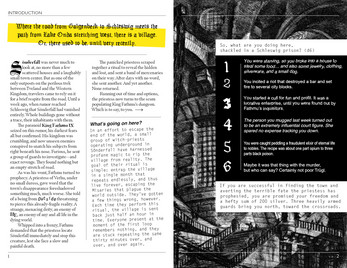 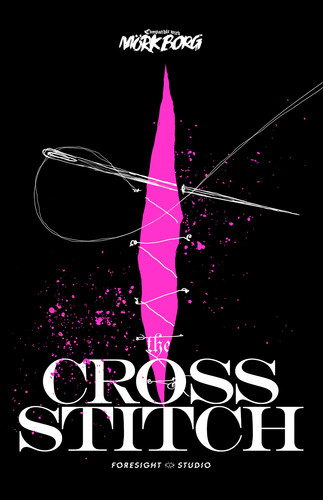 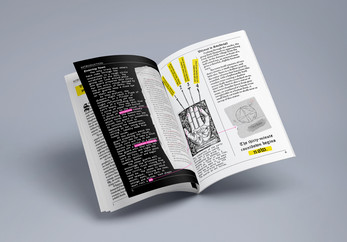 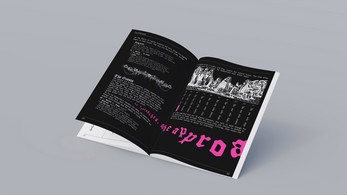